We’ve stayed in some very swanky places in our time. But honestly, we think we’ve found our new favourite. The Frontenac Club in Kingston is everything a boutique hotel should be. Luxurious. Charming. And romantic.

Opened in 2020, this elegant boutique hotel in Kingston has raised the bar for luxury accommodations in Ontario. Featuring 20 chic rooms and suites, this former gentlemen’s club and bank is just steps away from the city’s vibrant downtown core and offers an elevated accommodation experience for the discerning traveller.

From our arrival to the moment we departed, the Frontenac Club and its staff exceeded all our expectations.

A Brief History of The Frontenac Club

First impressions are everything, and The Frontenac Club certainly benefits from its attractive setting. Originally three separate buildings, this corner property has cleverly preserved the unique character of each, combining them in a way that’s certainly pleasing to the eye.

The Bank Wing occupies the corner King Street east and William Street and dates back to 1845, serving as a branch of the Bank of Montreal for over 60 years, as well as a home to bank staff on its upper floors. The oldest section of the property, the Cartwright Wing, was built in 1826 as a private home.

It was the Club Wing, however, that provided the inspiration for the hotel’s name, high-calibre accommodations, and amenities. Built in 1906, it was here that members of the city’s fabled Frontenac Club would meet. Established as a gentlemen’s social club, it was here that some of Canada’s best-known politicians and other social elites would congregate, rubbing shoulders as they indulged in activities as diverse as dining, billiards, cards… even bowling and indoor golf.

A Who’s Who of Canada

The best way to get to know more about the history of The Frontenac Club is to simply ask Arthur Milnes. Milnes is likely the first person you’ll meet upon your arrival. He’ll check you in, offer to help with your bags, provide parking details (it’s on-site), then, if you’re lucky, he’ll even give you a short tour of the property.

Accompanied by his vast knowledge of not only Kingston but also of Canadian politics, the hotel’s in-house historian knows pretty much everything there is to know about the former gentlemen’s club. Among the club’s most illustrious members and visitors, says Milnes, were Canada’s 10th Prime Minister, William Lyon Mackenzie-King, along with great inventors including Alexander Graham Bell and Sir Sandford Fleming.

Warming to his task, Milnes also enjoys sharing tales of other historic figures who were known to visit. These include Edward the Prince of Wales, who visited in 1919; British PM’s Harold Chamberlain and Winston Churchill; and, perhaps most interesting of all, British actress Prunella Scales, who famously played Sybil Fawlty in the John Cleese hit TV show, Fawlty Towers.

As for Milnes, he’s something of a celebrity himself. A well-known journalist, his writing career included stints as Stephen Harper’s speechwriter; serving as Brian Mulroney’s “memoirs assistant”; and even acting as co-editor of a book of John Turner’s speeches. There’s little doubt this font of information knows of what he speaks.

From Social Club to the Best Luxury Hotel in Kingston

While the gentleman’s club itself ceased to be in the 1930s, the buildings continued to be used, serving at various times as everything from a private home to a day care and a B&B. Fast forward to 2017 and the property’s true potential was realized by a group of like-minded partners, all of them locals, and all of them filled with a desire to create the city’s premier hotel destination.

“We all felt that Kingston had been underserviced without a boutique, luxury property,” says Sean Billing, Managing Partner of The Frontenac Club. “Such a wonderful historic destination with the amenities and attractions that this city has, it was a shame that travelers did not have a choice that represented the history of the city.”

What followed was a nearly four-year journey of planning and renovating, with the hotel opening in mid-2020. “It was unfortunate timing, but that is the hand we had to play,” adds Billing.

Despite the setback created by the Covid pandemic, Billing and his team pressed on, using the time to introduce the hotel to what transpired to be a very eager public.

Room 106: The Churchill Suite and the Best of Everything

We first came to hear of The Frontenac Club from one of our regular contributors who had included it on her top-ranking list of the Best Unique & Boutique Hotels in Kingston. As #1 on this list, we knew we just had to try it for ourselves. And we’re so glad we did.

Our accommodations for our romantic getaway in Kingston was room 106, aka The Churchill Suite. It was certainly a very appropriate name for a very impressive room, and instantly reminded us of one of Churchill’s many memorable quotes: “I am quite easily satisfied with the best of everything.”

From the moment you enter this well-appointed room, like its namesake, you’ll be satisfied that the design team used the “best of everything.” From the well-designed layout to the beautiful gas fireplace that warmed us with its cheery glow on the winter’s night we visited, the quality is everywhere apparent. That cozy ambience was heightened still further by the exposed limestone block walls seen in both the bathroom and the bedroom.

There’s also a spacious sitting area complete with a comfy couch, armchairs, and our favorite touch, a vintage airplane floor lamp that gave off a pleasing glow. It’s the perfect spot to spend some time reading and relaxing while sipping on some Veuve Clicquot.

A gorgeous king bed with a comfy pillowtop mattress ensures a great night’s sleep. Classy crisp white linens topped by a down duvet and the fluffiest of soft pillows envelope you, and wrapped in your plush “his and her” bathrobes, encourage you to linger longer and catch up on those zzzzzs.

Breakfast at The Frontenac is exactly as Churchill would have wanted it: simple and satisfying. Our first morning we decided to join the other guests in the dining room in the Bank Wing.

The “special” cooked breakfast that day consisted of fresh fruit and orange juice followed by deliciously light, fluffy pancakes and bacon. Real maple syrup was provided, along with as much coffee as was needed to fuel us for a day of shopping and sightseeing in downtown Kingston.

Our second morning we decided to stay in our room and have breakfast delivered. And we’re so glad we did! Still wrapped in our plush bathrobes, we watched in anticipation as the attentive staff (two of them) delivered the hotel’s unique twist on the classic eggs benedict and a huge pot of coffee.

Enjoy a Cocktail at The Bank Gastrobar

Be sure to spend at least one evening dining in the hotel’s on-site restaurant. The Bank Gastrobar has, however, been such a hit with the locals that you’ll want to make sure you’ve made a reservation.

Set in what was once the main hall of the old bank building, there’s plenty here to remind you of The Frontenac Club’s past. Pop your head into the huge old bank vault, large enough to host small groups and the hotel’s sizable wine collection. Original light fixtures hang from the very high ceiling, and the bar itself looks as if it might always have been there.

Speaking of the bar, be sure to start your dinner off with a delicious cocktail. We were lucky indeed to have one of the top-rated mixologists in the province shake us up a few beverages that evening: Sarah Sanders.

This charming, witty, and extremely talented mixologist, featured recently in Canada’s 100 Best magazine, shook us up a few different examples from her menu, each of them a delicious twist on a classic that clearly demonstrated her ingenuity and instinct for great flavours.

Under the leadership of Executive Chef Cayley Balint, supported by “Bank Manager” and sommelier Alex Amey, The Bank Gastrobar has done a superb job of cementing its reputation as the best new restaurant in Kingston.

Balent’s 15-year career saw her perfect her craft at such local eateries as Atomica and  Aquaterra, and further afield at travel destination including Banff, where she discovered a love for combining Canadian and international cuisine into her own unique dishes. Her mouth-watering flavour combinations were very much on display the evening we dined at The Bank.

Relatively light eaters, we decided to opt for a few sharing plates. First up was the Nabulsi Cheese, served in a cast-iron skillet with balsamic onion chutney, minced marinated olives, cherry tomatoes, and crispy shallots. It was so good it turned out to be a race to the finish between the two of us.

Next up, the Potato Latke Trio. This, too, brought out the competitiveness between us, but there was certainly enough to satisfy both our appetites. Served up with charred scallions, sour cream, pico de gallo, and cotija cheese, they were topped off with a delicious poached quail egg and torched hollandaise. Yummy.

For dessert? We opted for the Chocolate Creme Brulee, which proved itself worthy of rounding off a most enjoyable dining experience.

Spend a Day at a Nordic Spa in Kingston

While we didn’t unfortunately have time to experience the hotel’s Nordic Spa, we wanted to at least mention it in case it’s available when you visit.

Part of a special “spa package”, you’ll get:

For more info and to book this romantic getaway in Kingston, as well as for more details about The Frontenac Club, visit their website at www.frontenacclub.com.

Contributor Kim Kerr is a Muskoka-based writer and lover of the good life; Bryan Dearsley is Editor-in-chief of Riley International Media. 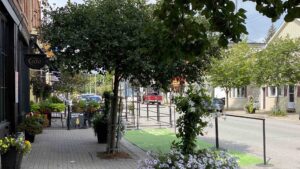 The Top Fun Things To Do in Creemore, Ontario

Looking for a fun daytrip from Barrie or even Toronto? Bryan Dearsley shares this list of the top fun things to do in Creemore 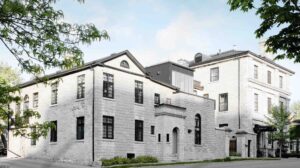 The Frontenac Club: Luxury in the Heart of Kingston

We share a glowing report of one of the top boutique hotels in Ontario, if not Canada: The Frontenac Club in Kingston 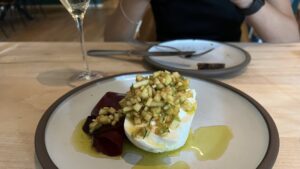 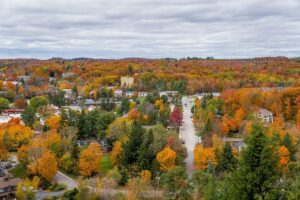 Fun Things To Do in Huntsville this Fall

Those amazing Muskoka Fall colours! Guest Contributor Yana Yagupolsky shares her list of the best things to do in Huntsville this Fall 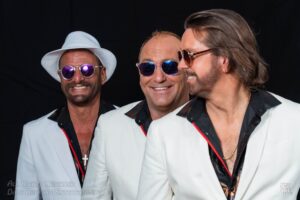 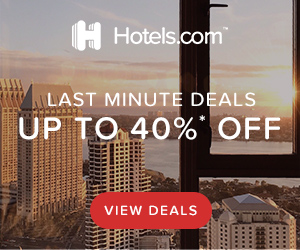